I don’t make stuffed bell peppers all that often because this is one of those recipes that gets held to the Grandma standard. You know that beloved family recipe that your significant other grew up on and you just cannot manage to replicate…yep, this recipe falls into that category. So while he absolutely loves it whenever I make these, there is always something that can be tried the next time I make them.

This time, though, after years of playing around with this recipe I nailed it. Not only did I not get a suggestion after dinner, I got told – these are better than Grandma’s! And the best part? I cut out a lot of the difficult steps 😉

The biggest tip I found in making stuffed peppers was that instead of slicing your peppers in half, cut off the tops and clean them out that way. This makes them easier to stuff and easier to serve and stuff. 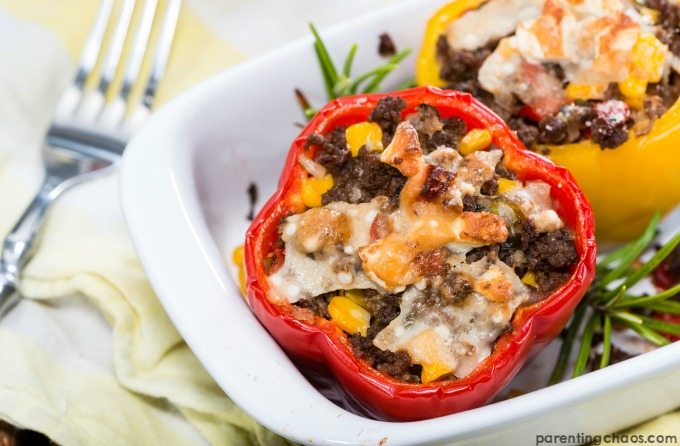 They really are as simple as slice off the top, blanch, stuff, and bake! 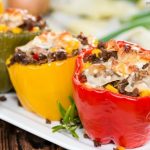