As a kid, Orange Dreamsicles were one of my absolute favorite things. I am almost positive that you could say that as a child I was addicted to push pops…Almost every day after school I would pop on my rollerblades, grab the dog and a bag of quarters to head to our local Cheese Shop…I never understood why they were a cheese shop because everyone knew you went there for the ice cream…

This week while doing our grocery shopping I found these really fun candy flavorings in the spice isle, and one of them just happened to be Orange Dreamsicle – How could I resist? This simple Homemade Orange Dreamsicle Playdough was a really fun way to introduce my kids to a scent that is filled with childhood memories for me. 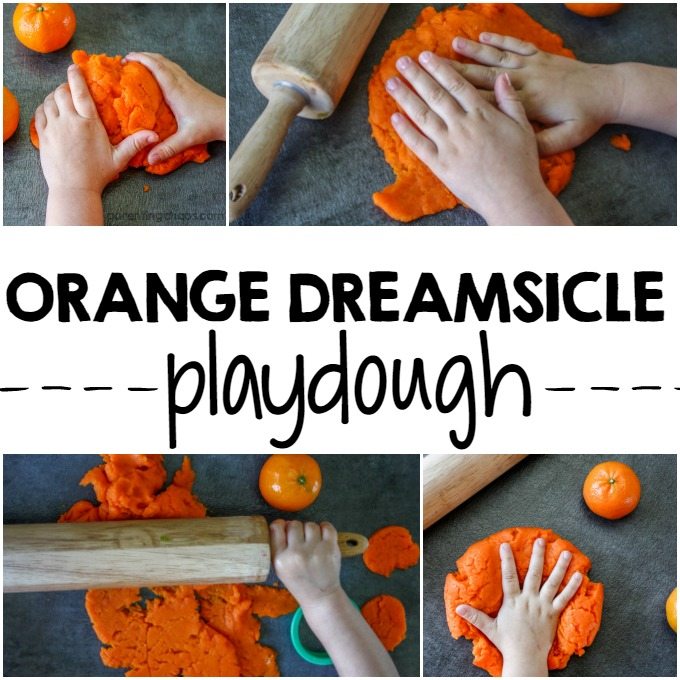 The brand of flavoring that I bought in the store was called X-Tra Touch. They were based out of Iowa and you can order online from them. However, I linked to a similar product on Amazon above because I have never used their online site.

How to Make Orange Scented Playdough

Making this homemade playdough can be completed in a couple quick and easy steps! To start you will need a bowl to hold mix the dry ingredients, and a pan for the wet ingredients.

In your pan add the water and coconut oil over medium heat. Once that has melted add in your food dyes and candy flavoring, let it sit until it boils. While you wait for that to boil mix your flour, cream of tartar, and salt together. Then once your water is boiling add it all to the pot, remove from heat, and stir. Once cooled it is ready to play with. Super simple! 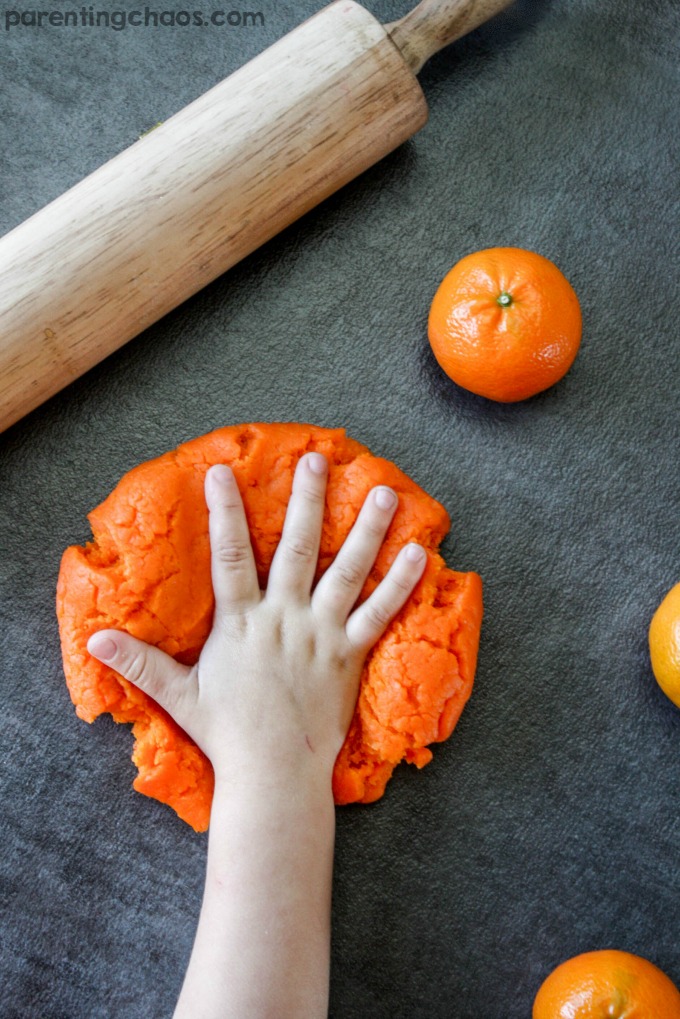 It was a tad greasy right off the bat, but the coconut oil is fantastic for skin! The more we played with it, the harder and less greasy the playdough became. We only gave our playdough about 10 minutes to cool-down after cooking it, so that could have also been a factor. 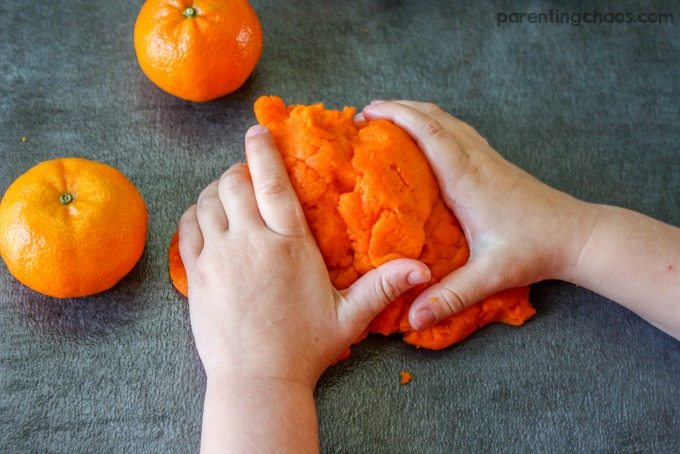 It was super soft and squishy. 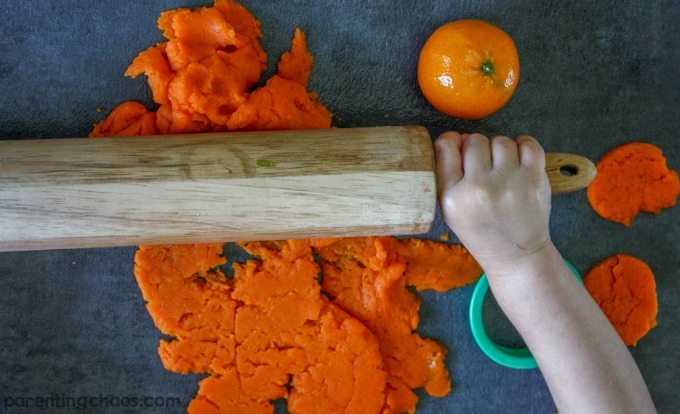 My son thought it was hilarious that it kinda looked like orange guts as he rolled it out. He had a blast using a cookie cutter to make his own round orange circles! 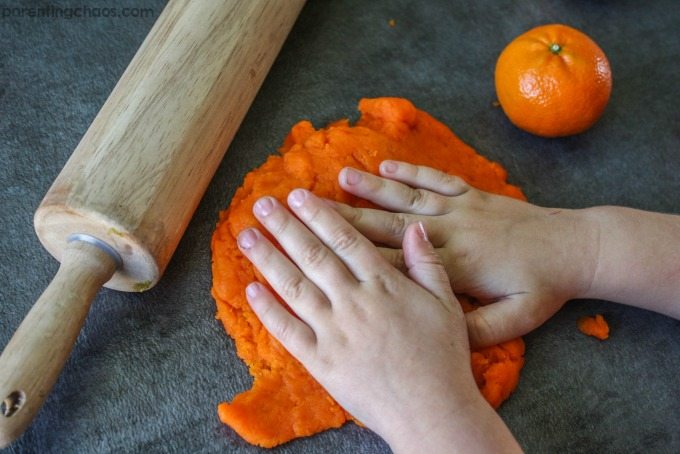 And it smelled absolutely heavenly!