. As we reached the last pages, my kids were bursting in excitement begging to make their own Belive Bells. So we gathered our supplies and set on with our task.

My youngest, though, quickly became vocal about being left out from our Belive Bell craft. With him still putting absolutely everything into his mouth small jingle bells were off limits. This Jingle Bell Sensory Bottle was our solution to allowing him in on some of the fun 🙂 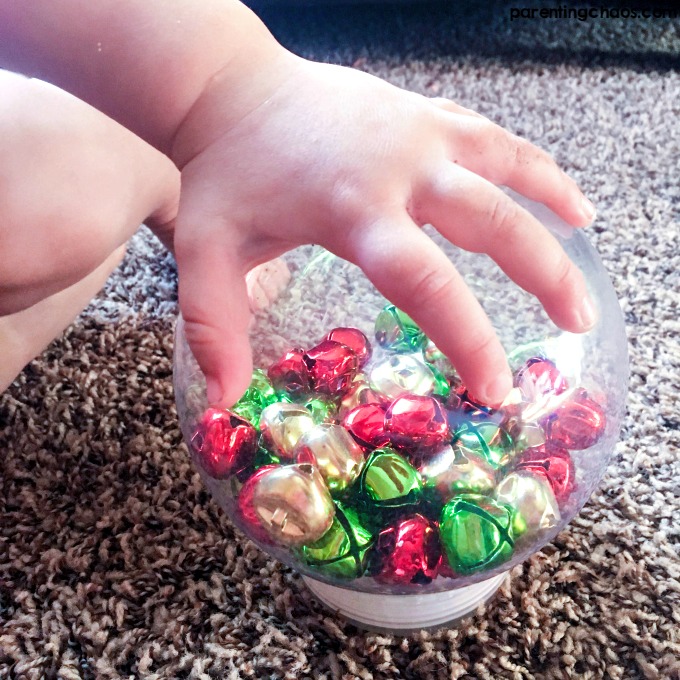 We had originally picked up these bottles to make snowglobes, but I have fallen in love with just how perfectly they work for discovery bottles. Their hard heavy plastic held up to my little man throwing his jingle bell sensory bottle around like a ball, it was the perfect size for his little hands, and it even came with a water seal (which I fully plan to utilize in future sensory bottles).

How to Make a Jingle Bell Sensory Bottle 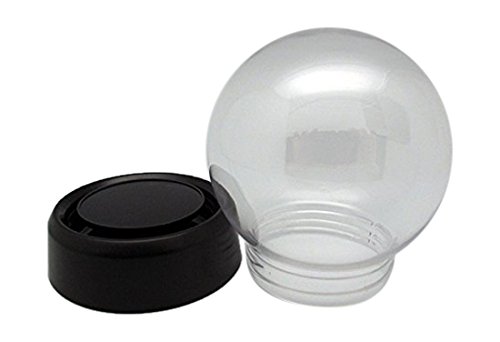 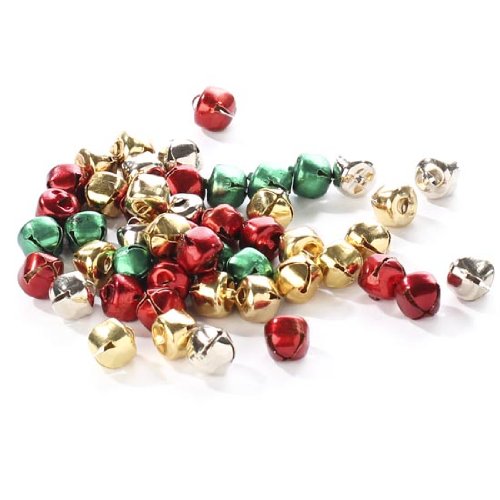 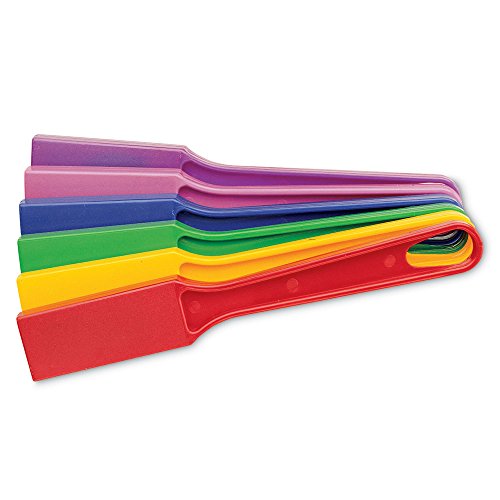 Making this was ridiculously easy. We literally just cut open the bag of jingle bells, put them in the bottle, and then screwed the cap on tight. For awhile my little man ran around ringing the bells, watching the light cause the bells to glitter, even kicking his sensory bottle occasionally like a ball. Then we handed him the magnetic wand and everything came to a stop. 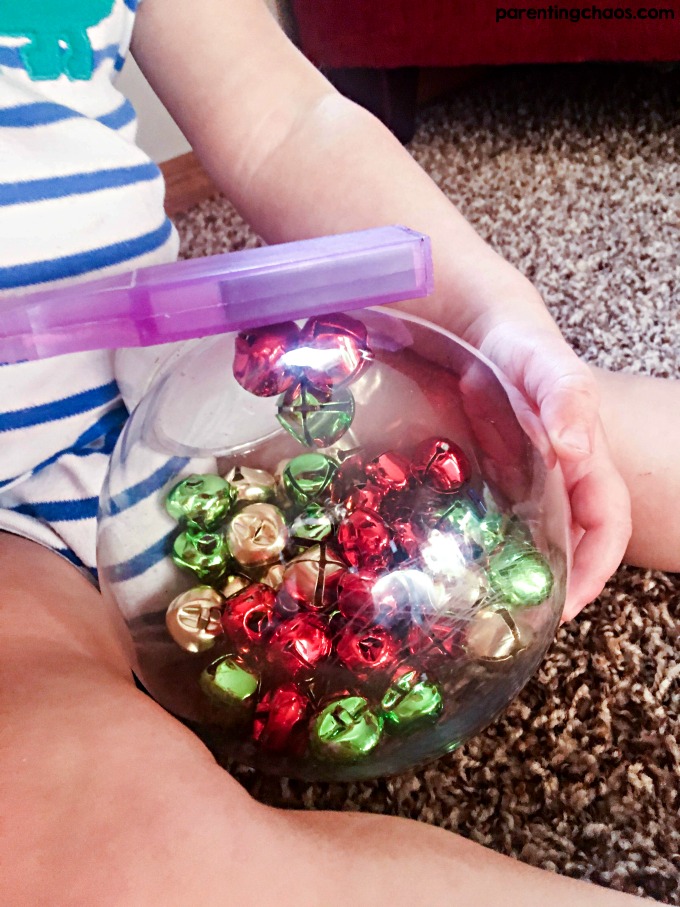 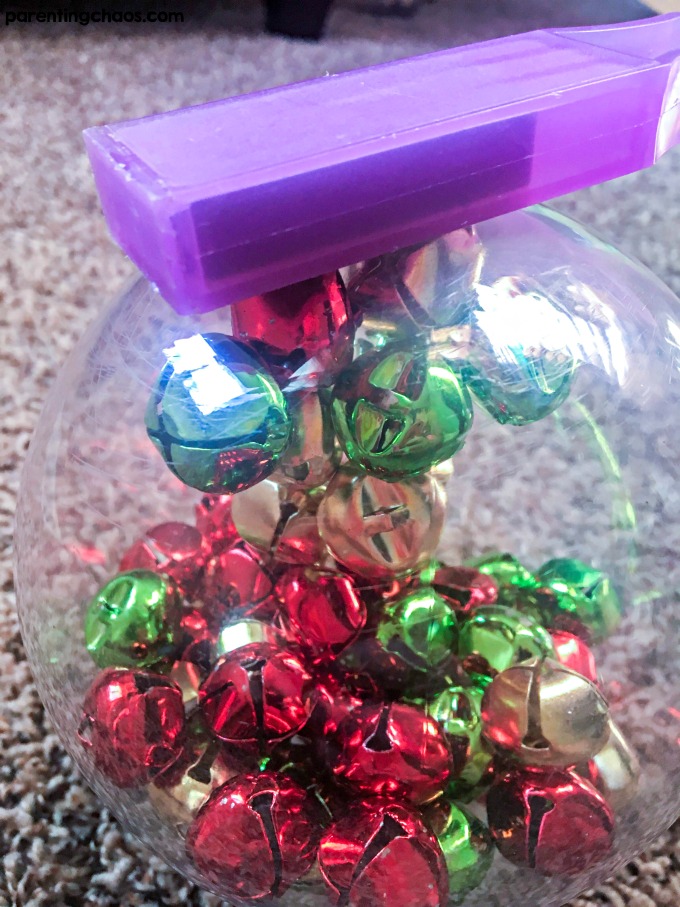 It didn’t take long for the older kids to stop what they were doing to join in play too!