Make a fun invitation to play that will have your children exploring marine life and scientific reactions! With sea shells and sea life this sensory bin makes a great play prompt for ocean themed play and learning activities. 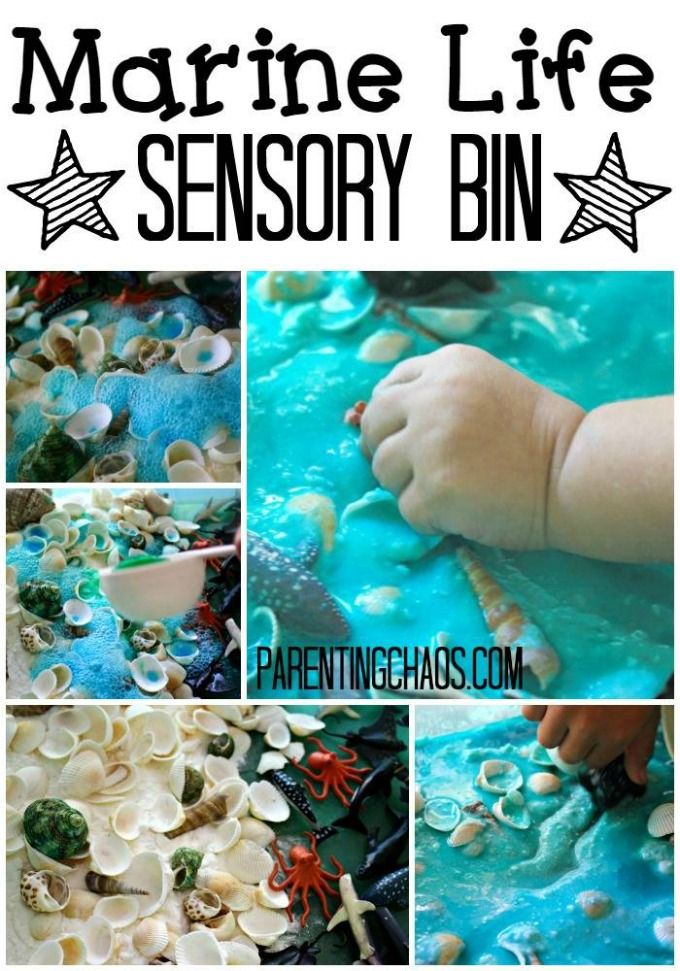 Full of fascinating, amazing, and often adorable creatures – oceans are full of wonder for children. An ocean is a wonderful setting for small world imaginative play!

For this sensory bin I wanted to be able to reuse some of our older sensory materials that hadn’t been touched in a while. For this one I used our sensory snow which had dried out to the point that it was nothing more than baking soda…it made a perfect sandy beach! 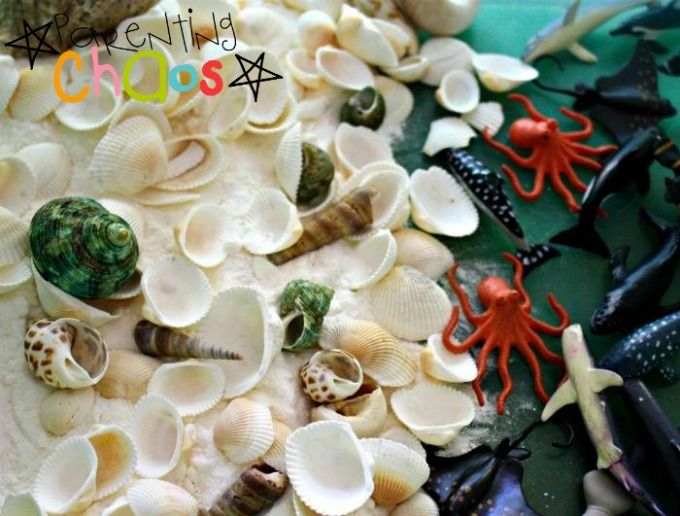 I promise that this activity is SUPER easy and will keep kiddos entertained. I was able to set up this entire activity in less that five minutes. I simply mixed two containers of vinegar (one blue, one green), poured baking soda into half of the plastic containers, added the shells and dumped in the Ocean TOOBS.

One of the things that I love about the Safari LTD. TOOBS is that they have natural groupings that lend themselves to both cohesive small world play and to learning about the different animal groups. 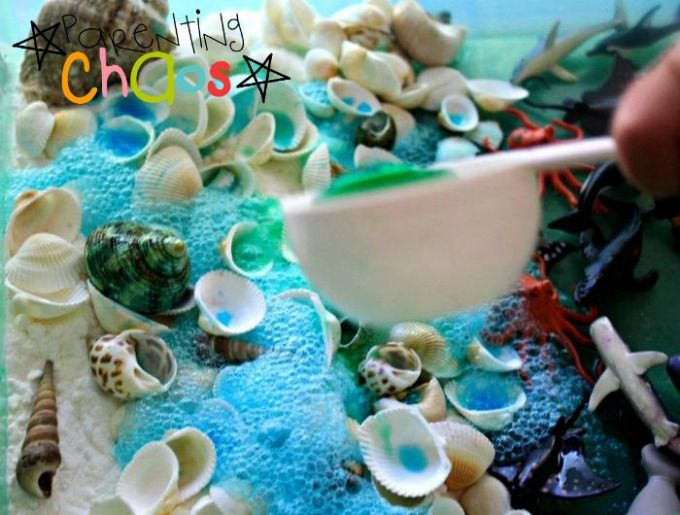 To get play started I set out the scoops and placed two bowls of colored vinegar in front of the kids. They didn’t hesitate for one second to start scooping the water and dumping – because what is an ocean without water?! You should have heard the squeals of excitement as they discovered that their “water” made bubbles! 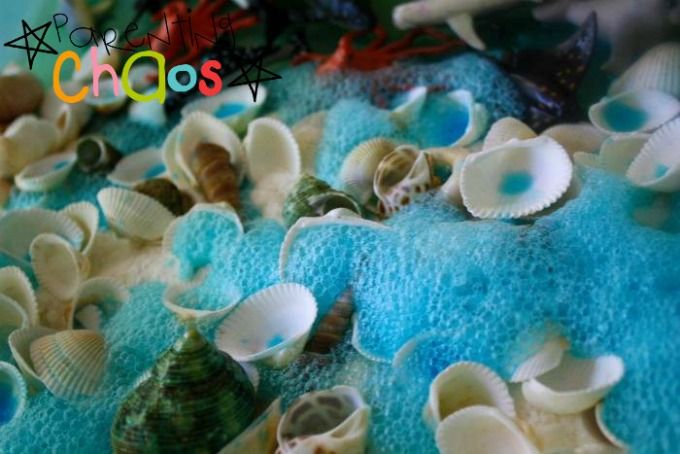 They had a blast watching the baking soda react to the vinegar while exploring mixing colors. They even did a brilliant job in taking turns pouring in more as the bubbles would die down! 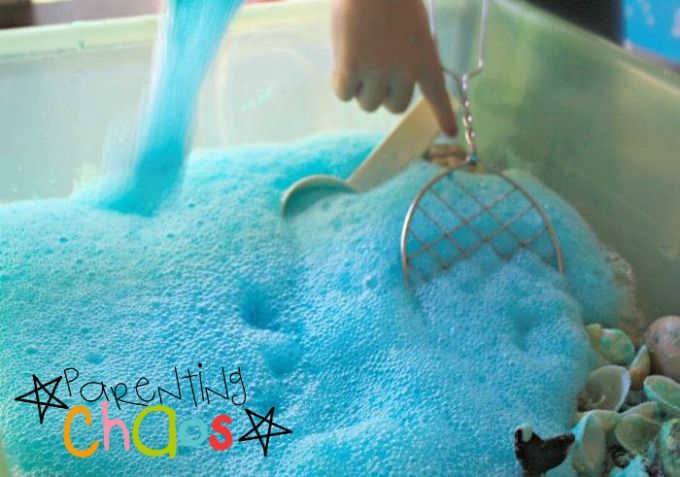 Once the bubbles had consumed the entire small world it was time to add in utensils! Scooping, pouring, and digging the kids actively went hunting to save the sea life. They even took turns play hide-n-seek with various marine creatures. 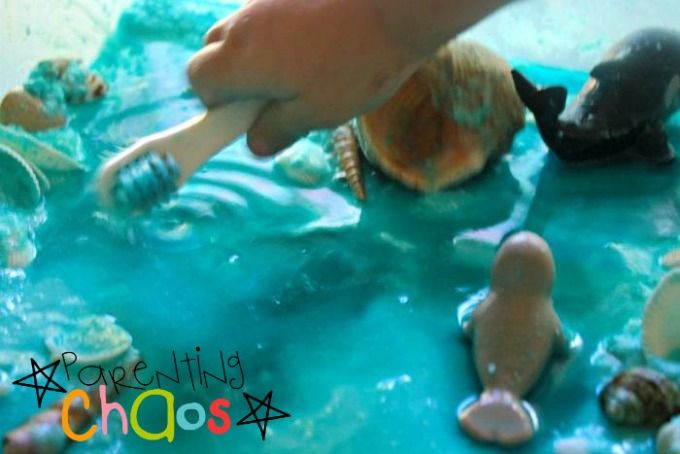 As the bubbles died down one of the kiddos observed that the sea creatures had “the ickies”. We had talked previously in the week about oil spills and how that can harm marine life. Pulling out some play tooth brushes the kids took turns scrubbing down and cleaning their marine friends. 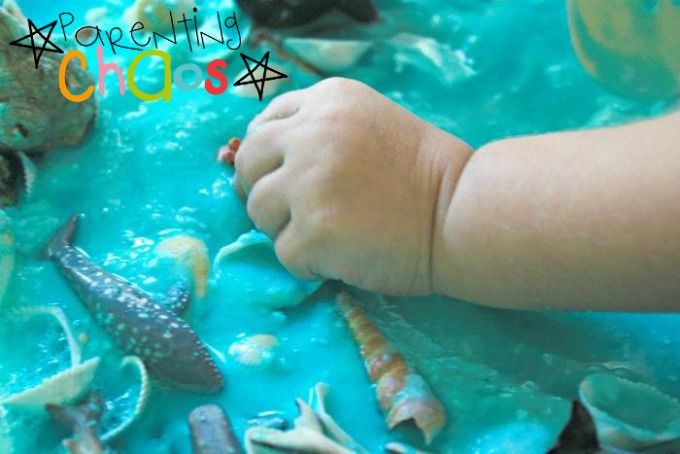 They explored the thick goopy textures of the wet baking soda. 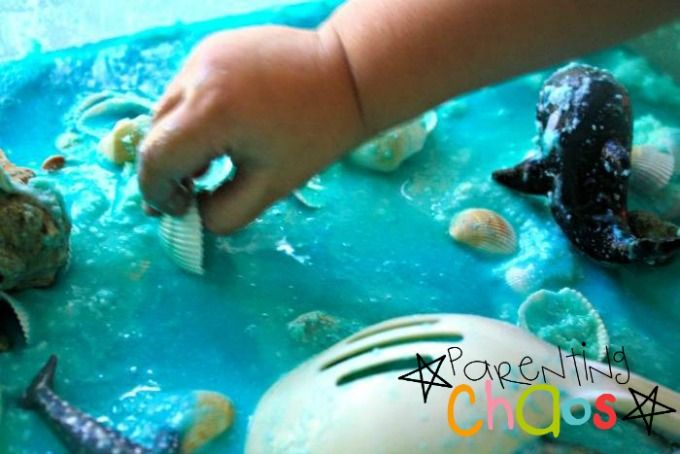 Filled it in shells and watched how it molded to the shapes around it. 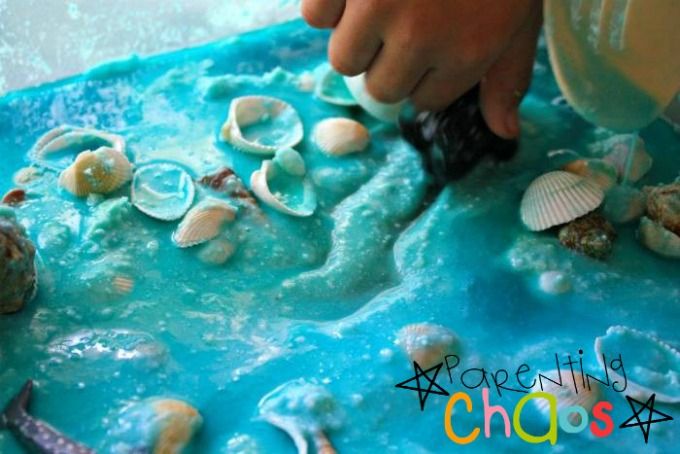 And explored it’s ability to make paths and different depths.

We had so much fun with this small world! The kids played with it for hours!!