This post brought to you by Fanta Freaky Foto Booth . The content and opinions expressed below are that of Parenting Chaos.

Every year for Halloween Livia has come up with something off the wall, like a La La Loopsy Zombie…Watching her creativity in her costumes has almost become a family tradition — What insane idea can she come up with this year?

Surprisingly Livia this year went tame…well at least for her. And how she came up with the idea was just a bit out there. I am loving how this Melted Dragons Brew came to life!

{is it just me or does this remind anyone else of toothless from How to Train Your Dragon?!}

Every day if Livia comes home with a certain percentage on her behavior contract we go out for a small reward. I am not really big on reward systems, but this is what they have set up as classroom management for her and it is working for them. So instead of undermine it, I support it because I support her. So, on this particular day she had come home with that magical percentage which led us to 7-11. 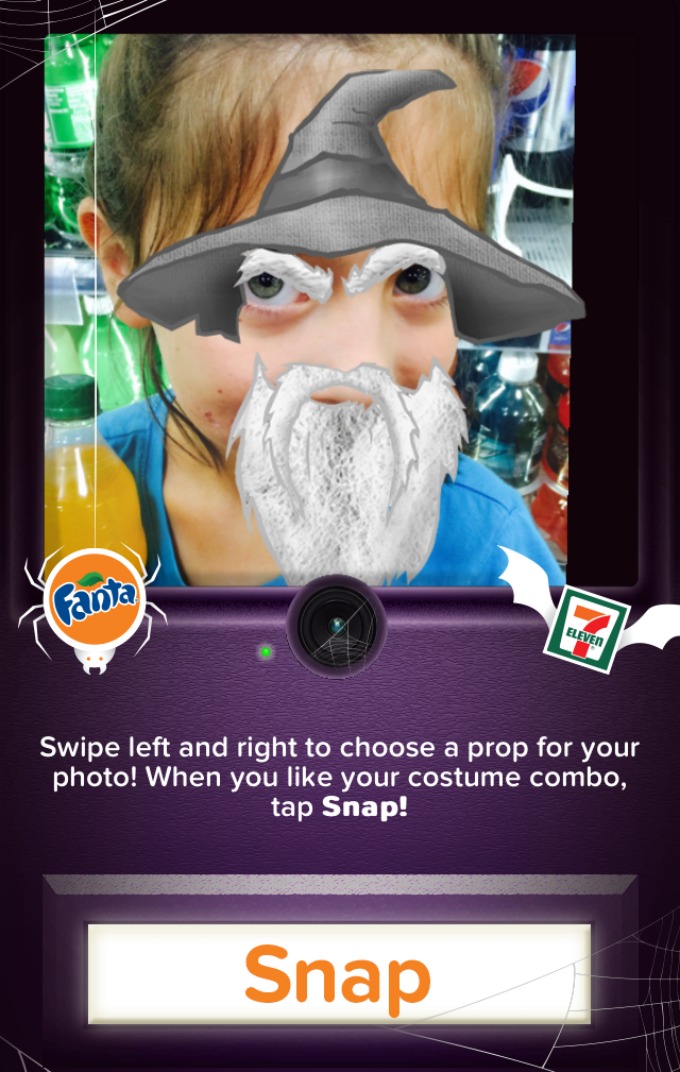 As we browsed the isles Livia decided that her one indulgence for the day would be a Fanta Soda. For her soda is a super special treat. While there we discovered the Freaky Fanta Foto Booth that Fanta currently has that allows users to upload their selfies and try on costumes! As we played around with the different costumes and got many good giggles Livia decided that she was going to be a witch for Halloween and that her soda would be used to make a Dragons Brew. Ya’ll this was a ton of fun!

Grape floats are filled with childhood memories for me. Many many nights drinking a grape float and playing pinnacle with my grandparents. So I couldn’t resist jumping at the chance to make this Melted Dragons Brew grape flavored!

Livia had so much fun making this brew and serving it up in her costume! 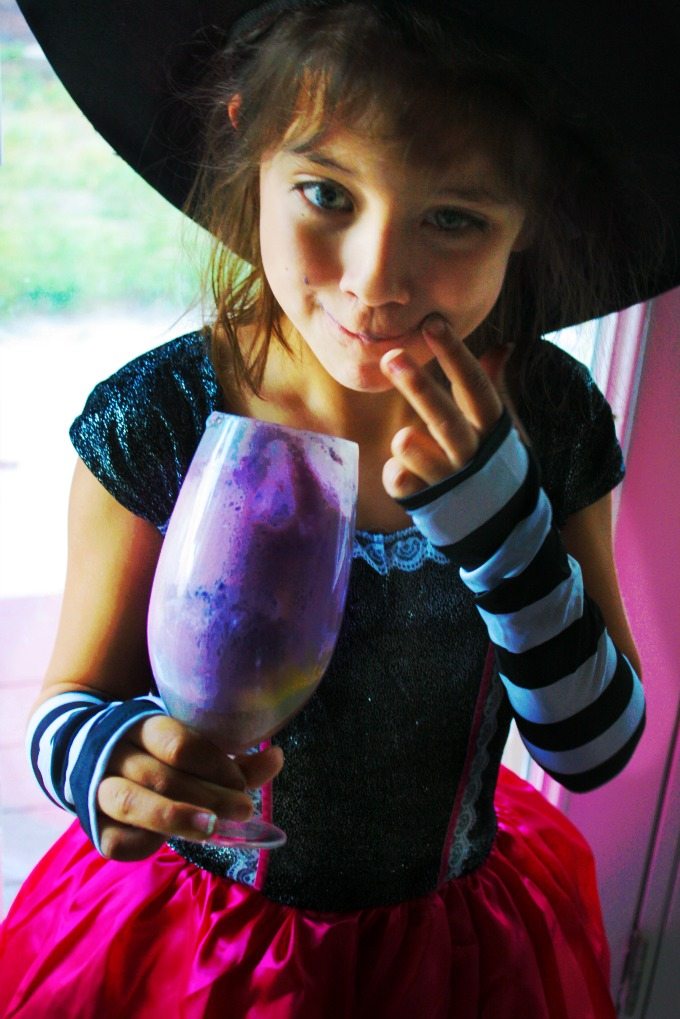 I am loving how adorable she looks! Help your kid have some fun with Fanta by using the Fanta Freaky Foto Booth and letting their imaginations run wild!

Enchilada Chili Soup
Princess Par-TEA Trailmix
How a Busy Mom can create a Halloween Party for Adults too!
Shaun the Sheep Cupcakes