Phonics instruction helps kids learn the relationships between the letters of written language and the sounds of spoken language. Children are taught, for example, that the letter b represents the sound /b/, and that it is the first letter in words such as bubbles, ball, and baby. These Phonics Apps for Kids help kids practice with basic phonics skills, including recognizing the letters of the alphabet, alphabet matching, and word building. 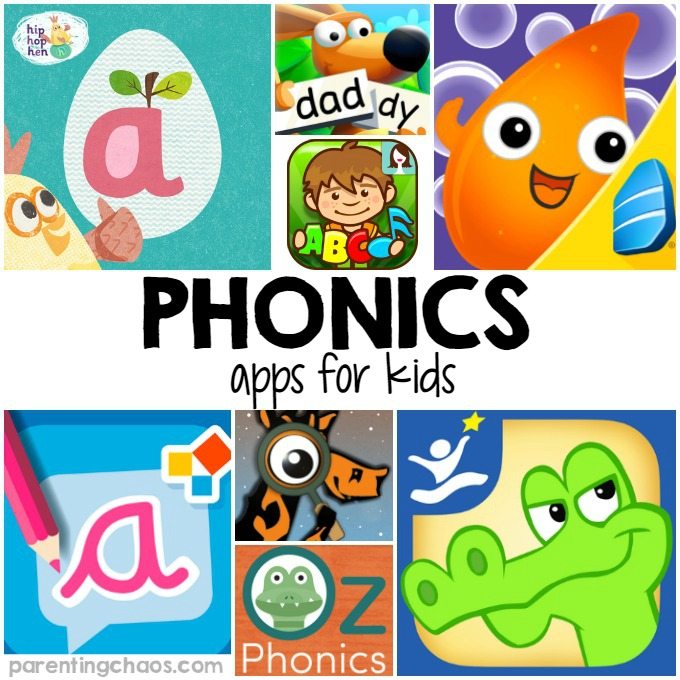 The Best Phonics Apps for Kids

This app is filled with fun games that work on letter-to-sound and sound-to-letter skills which are necessary skills for helping your child learn how to decode and work out new words.

Based off of the ‘Words Their Way’ approach through sorting, finding, spelling, and writing words. This amazing app has four levels of interactive play that work on beginning, middle, ending, and diagraph/blend sounds. This is the perfect app for younger kids!

Teach sounds and diagraphs with fun songs using this app! ‘abc flashcard songs’ has been specifically devised for children to learn the phonetic alphabet as well as new vocabulary with 35 interactive phonic songs.

The Joy of Reading

The Joy of Reading

The Joy of Reading is a comprehensive collection of 9 multi-level games that are designed to encourage early reading. An array of colourful animals supports the child according to their readiness as they are exposed to systematic and explicit instruction in phonemic awareness and phonics.

Montessori Letter Sounds works off of four stages for kids: I-Spy Games, Letter Sounds, Mix-n-Match, and Sound it Out. In each step, children will find a learning activity and a game to help them put their learning into practice. Self-correction is encouraged throughout the app to increase self-confidence. The system keeps track of marbles won by each player. Marbles are used to unlock games and levels and to stimulate learning.

Expose your child to the world of everyday objects! This award-winning ABC Series teaches children new words through sight, sound & touch. Let them iron a shirt, use a kettle, fluff a pillow & more through beautiful pictures, lively videos, and interactive scenes.

Great music. Great characters. Great learning! Kids will love interacting with the animated characters while learning letters and beginning to read. Every letter of the alphabet has its own special song.

Based on the popular classic car game ‘I spy with my little eye’ – Eye Spy Touch is perfect for developing thinking skills while on the move. Your child will learn phonics skills, logic & reasoning, memory skills & matching and they will develop their reading and listening abilities.

Learn to Read Pre-K is the first level of Hooked on Phonics’ digital reading program. Part-musical-variety-show, part-interactive-game, and all fun, it’s an amazing app that will keep everyone laughing and learning—all the way from Ankle to Zither.

Have a favorite Phonics App that we missed? Share it with others in the comments!