This last week has been filled with tears as Livia has worked her way through her homework. And when asked how her day at school went the response was always somewhere along the lines of, “Oh, it went well but I hate math.” One of the ways that Livia stims is through humming and even at times Opera singing. So, the day she came home and admitted to getting in trouble during math class for “warming up her vocal cords” I knew it was time to find a way to make math fun and help some of the concepts she was struggling with concrete themselves in her mind. This Even and Odd Number Hop Game was a solution to our math problem. 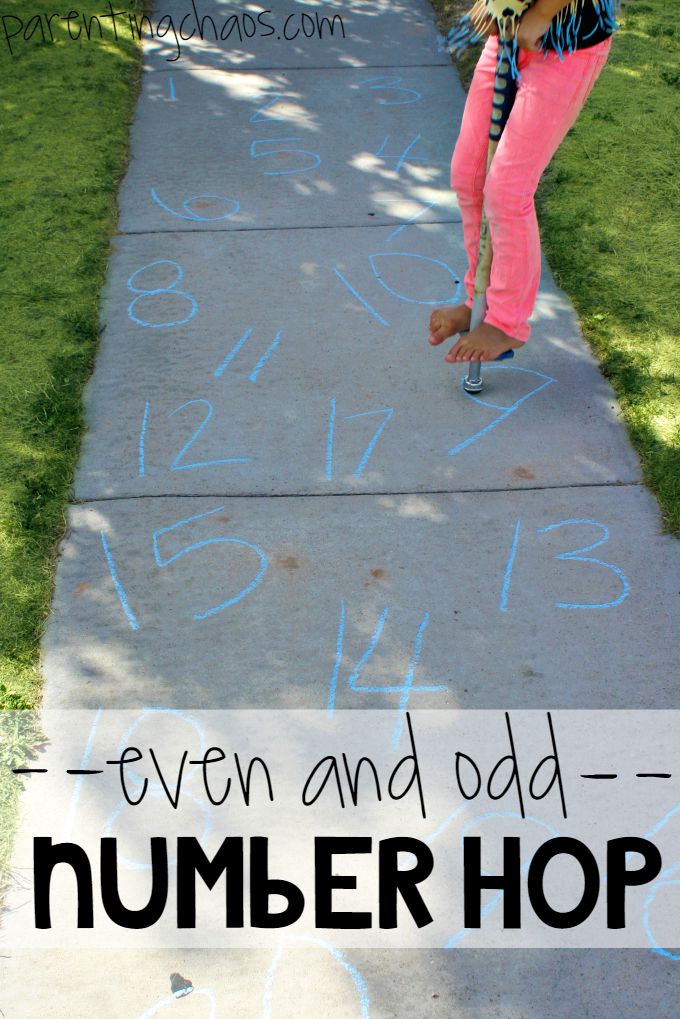 With Livia she was able to identify even and odd numbers up to 10. The minute we got up to 11, 12, 13…she would begin to scramble and stim. The key to creating a memory is attention; being able to focus on the sensory input long enough to make a working memory (and eventually a semantic memory).

While the sensory register is said to have large capacity for input, if it is not focused on it will not create a memory. In fact, for most sensory input has a very short retain time (visual 1 second, tactile 2-3 seconds, and auditory 4 seconds). When a child begins to stim that is a huge clue that those sensory inputs are so overwhelming that that child is not able to focus on the task at hand. Meaning that whatever you are working on with them isn’t going to be moving over to short-term memory.

So how do you help a child focus?

You can do many things- cues, signals, guided teaching, organizing, creating emotion or purpose…there is a whole list of things that will assist in creating a short term memory. One of my favorites though is use of contrast. This is changing the environment, using props, piquing curiosity, using movement, using sounds, staging something that is unexpected and fun. This is one of the many reasons play helps children learn. 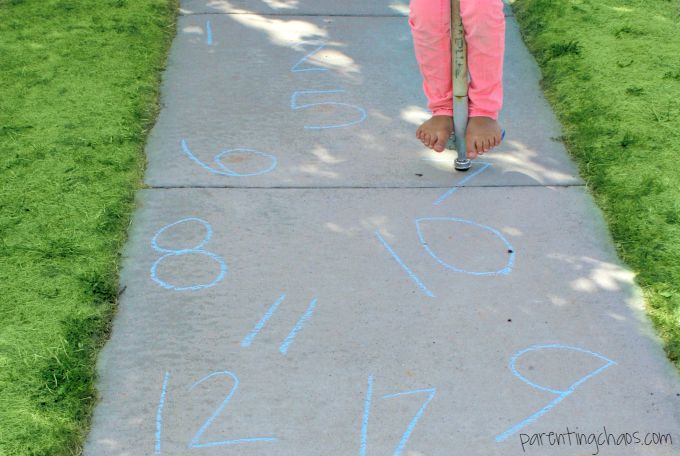 Items Needed for the Even and Odd Number Hop Game

To play this game is simple. Using your chalk write out your numbers in no particular order. We wrote out numbers 1-25. Have your child start at the top of the line and they will move their way to the end.

Ever play a game of lava when you were a kid? This is the same concept! If your child is jumping their way down on odd numbers then the even numbers are the lava and vice versa.

If your child lands on a number they are not supposed to have them stop what they are doing a do something that will make them laugh (like they have to do a silly dance). 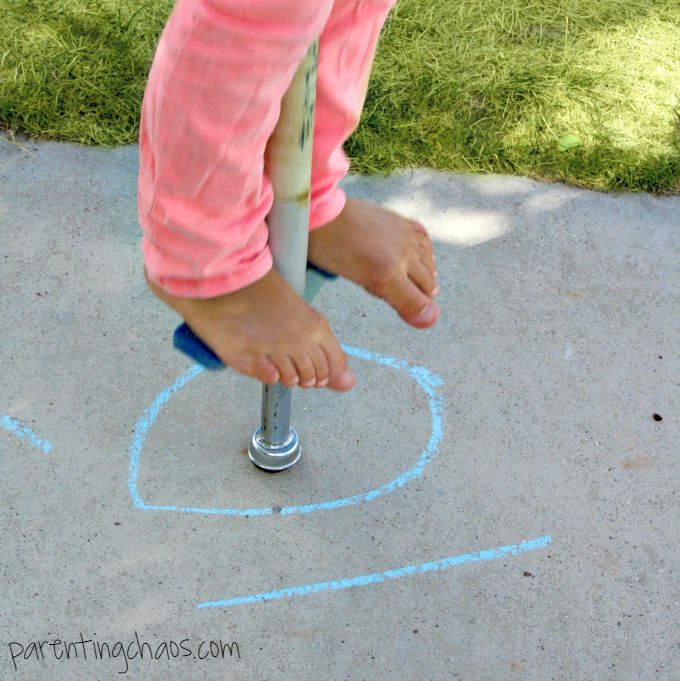 This is such a fun game for getting your child moving, saying, hearing, and thinking whichever concept they are trying to learn. And quite honestly it can be done with just about any concept – learning addition or subtraction? What about vowels? Or sight words?

If your family plays this game we would love to see the fun! Tag us on Facebook with @Parenting Chaos or on Instagram with #ParentingChaos!