Lately, it has been hot, hot, hot here. Like step outside and feel like you are melting hot. These Fizzy Fine Motor ABC’s Ice Cubes were a fun way to cool down while working on our letter recognition. 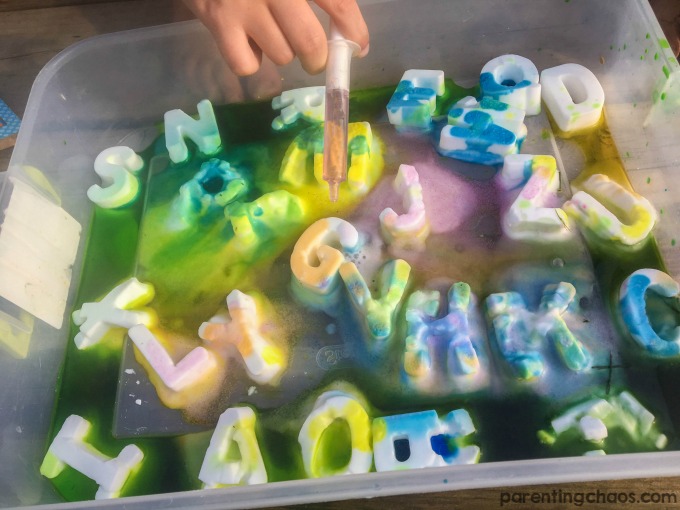 How to Make a Frozen Fizzy Alphabet

Setting this activity up was incredibly easy, however, it does require some planning. 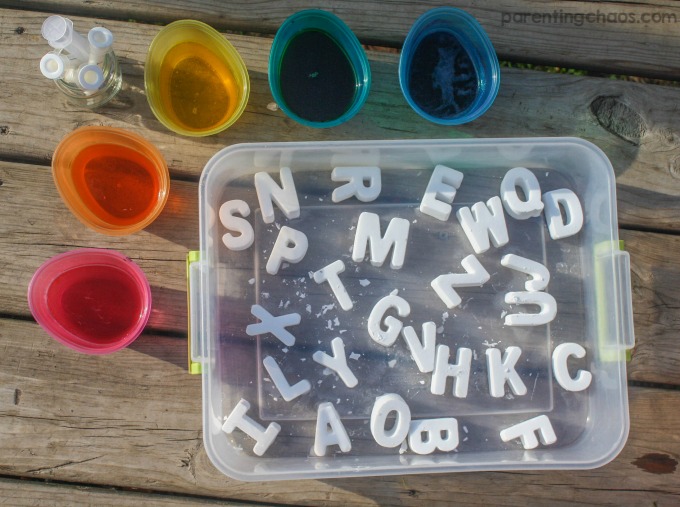 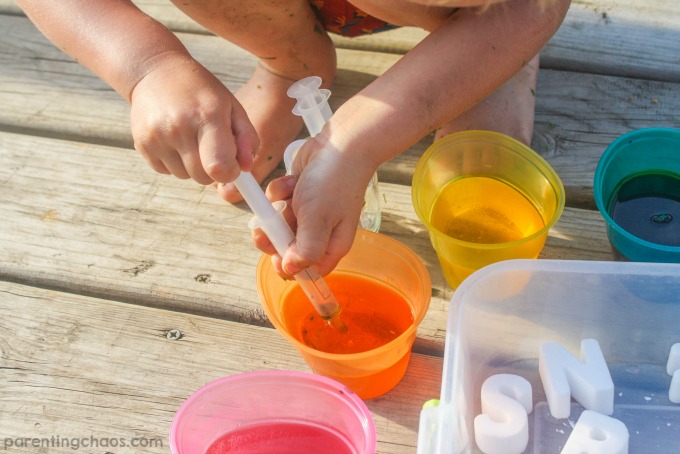 We played this activity outside for two reasons. The first? We had been in the sprinkler all afternoon and the kids were soaking wet covered in grass clippings. Second? This activity is really messy and I wanted to be able to throw them back into the sprinkler once they were done playing 😉 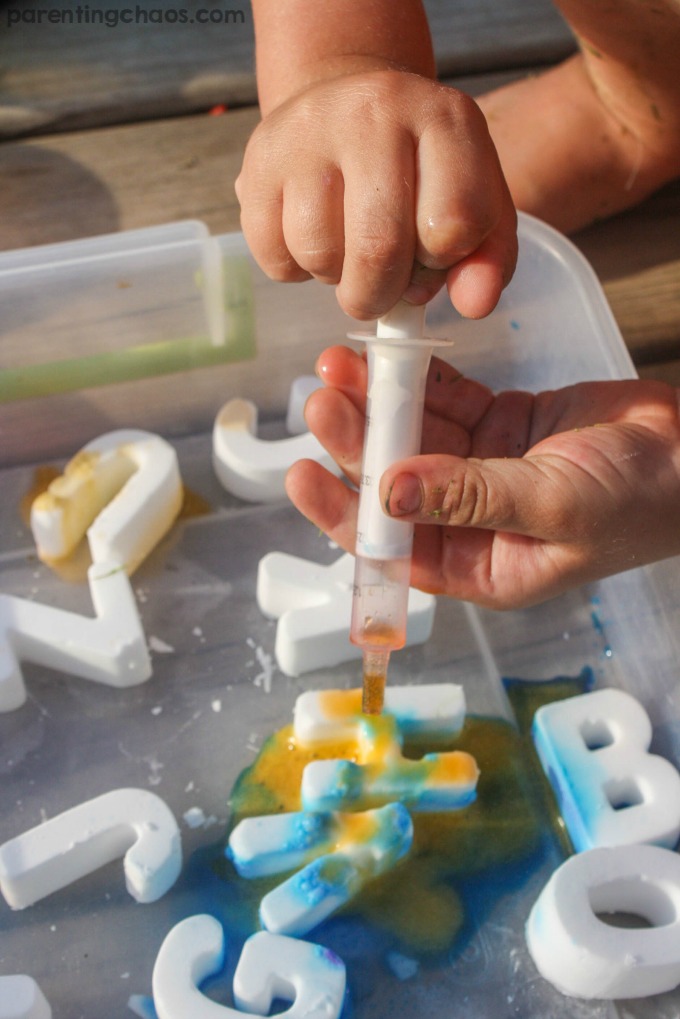 This is the first time we have used a syringe with Mr. Q that I can remember. It did take him a bit to get the hang of it. All that pushing, pulling, and aiming was a great work out for his small hand muscles. 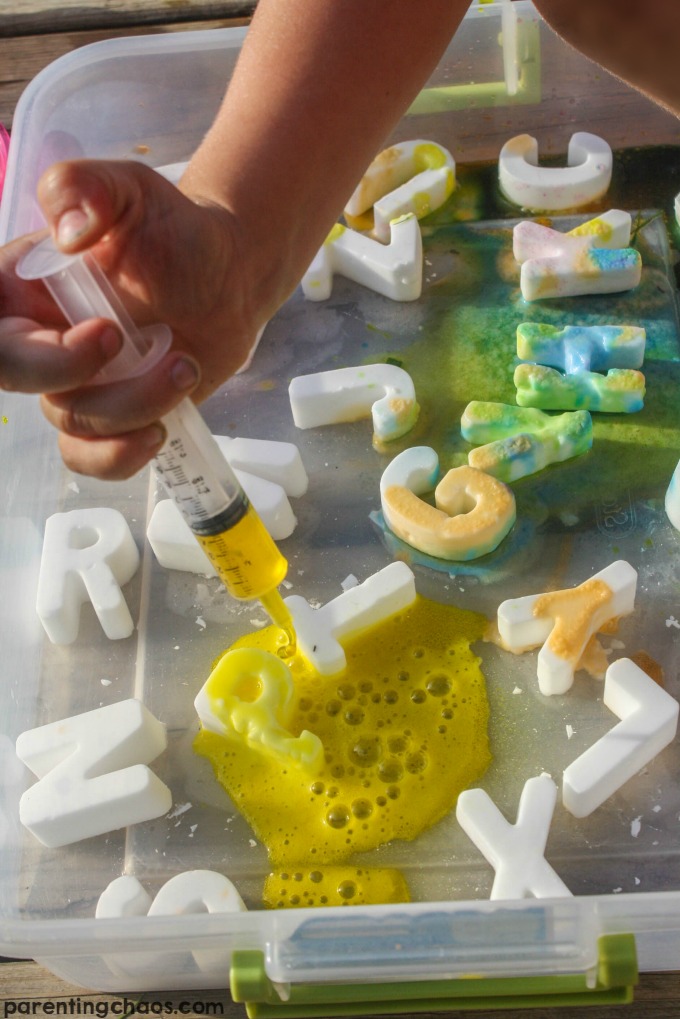 He had so much fun with an easy game of can you hit ___ letter with ___ color? Soon he began to notice that as the colors mixed new colors were created. 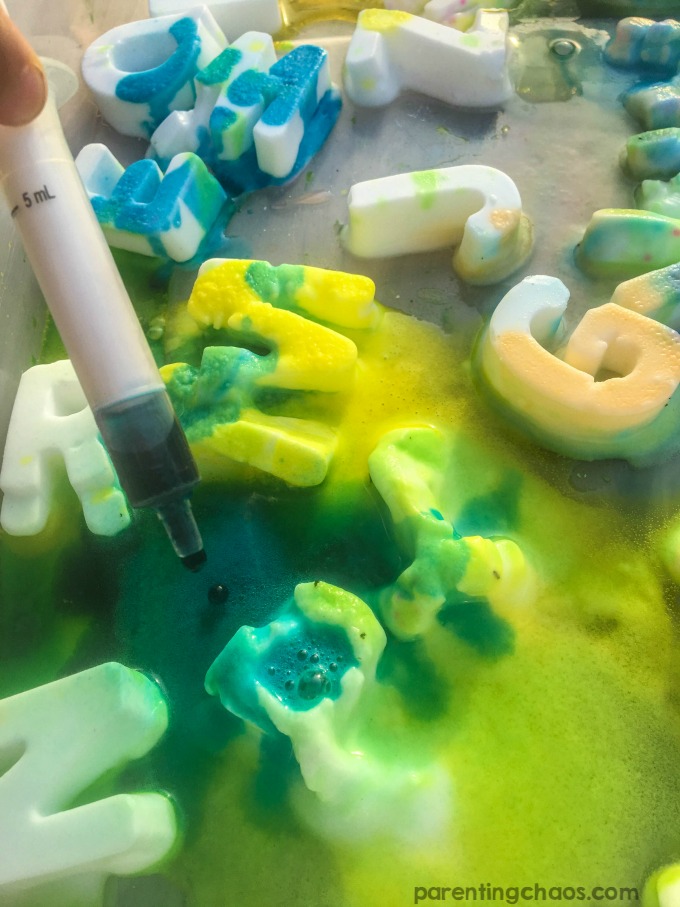 Between color mixing and the bicarbonate reaction this activity was filled with all sorts of cause and effect observations. We absolutely loved this! 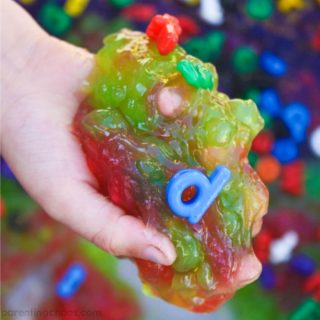 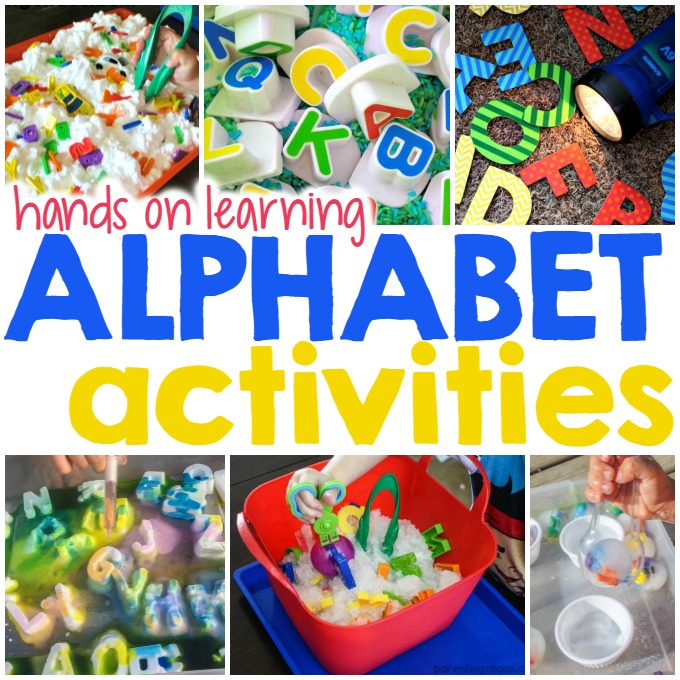 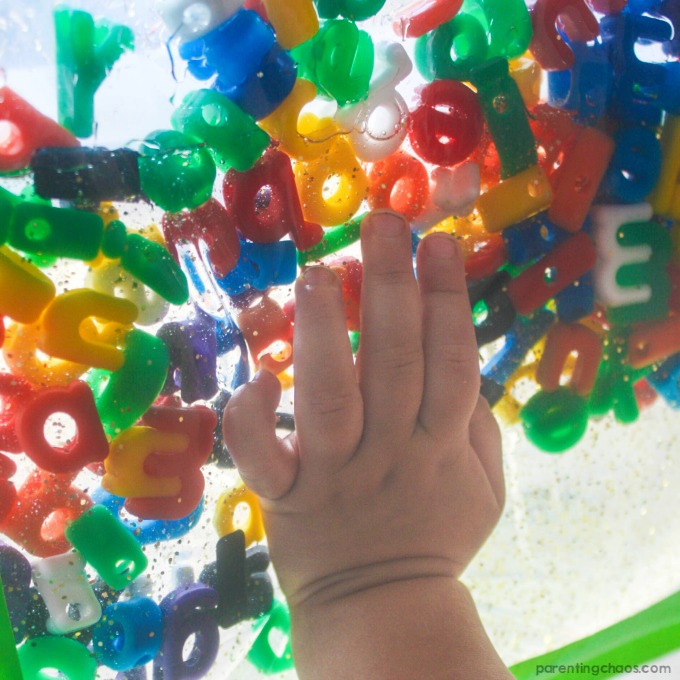 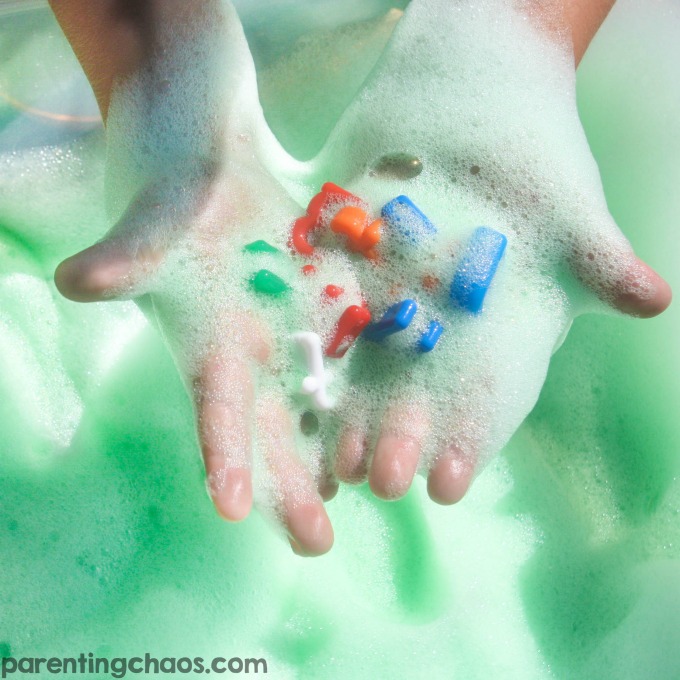 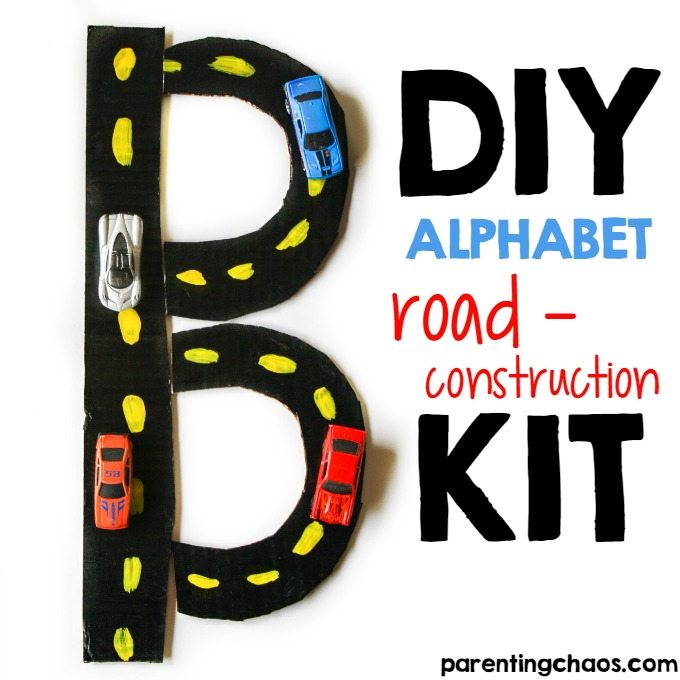 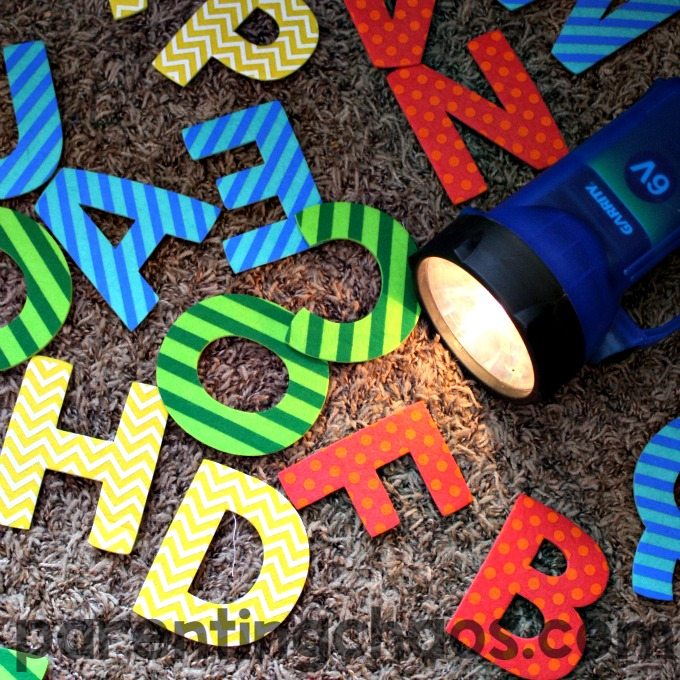