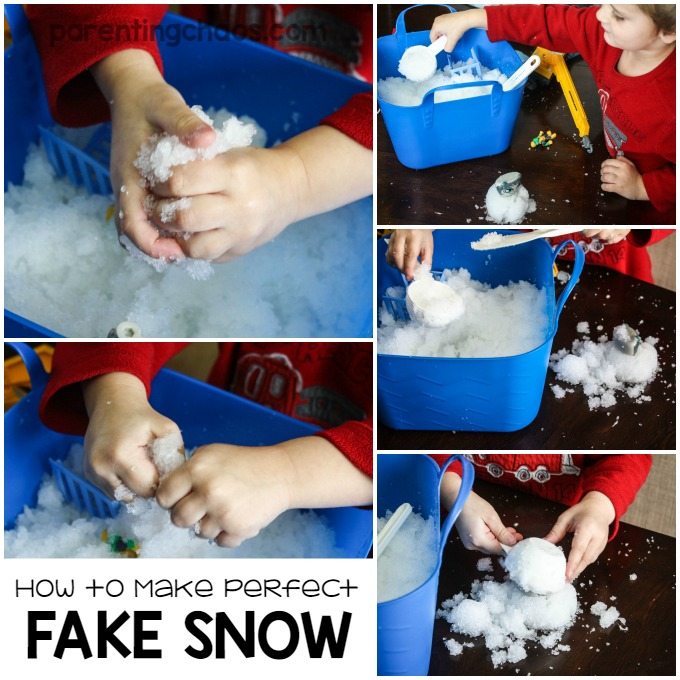 Every morning it seems like I have woken up to more snow appearing outside. While I personally am not a fan of snow, my little guy is absolutely in love with it. It is magical, fascinating, and fun. If he had his way he would spend his entire day bundled up rolling around in the backyard. With also having a little man under 1 year old though letting my preschooler spend that sort of time outside is difficult. Roo (under 1) cannot spend the sort of time outside that Meatball (3) would like to, so we found a way to bring (fake) snow inside.

This DIY Snow Recipe is a super simple way to make snow that will not melt. It is also a fun science experiment in absorbency! 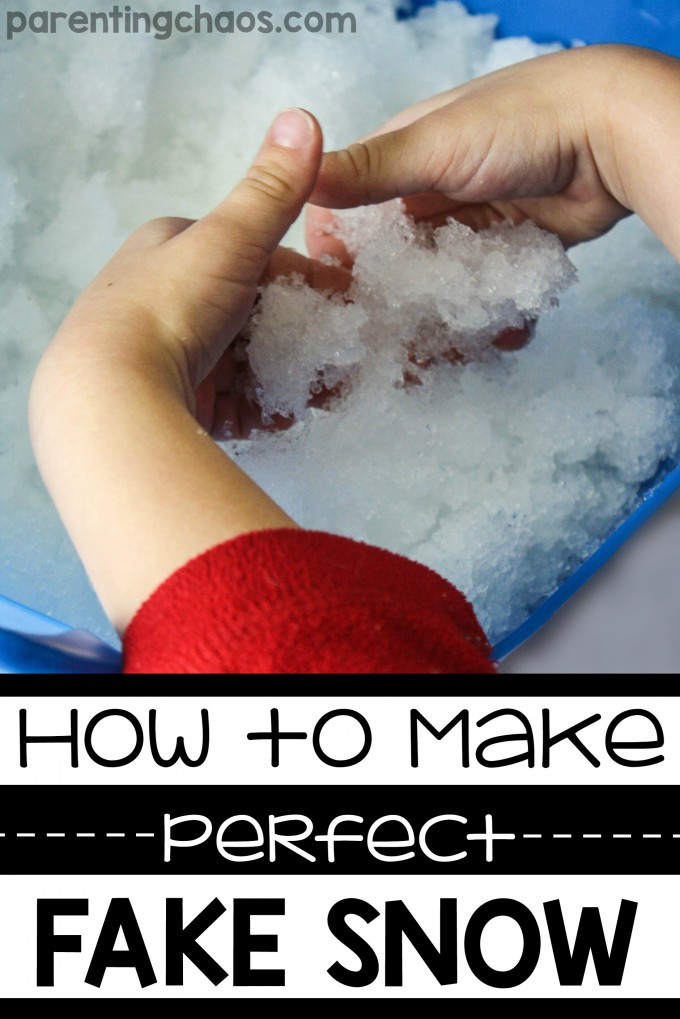 Once we made this snow Meatball played with it for hours in the kitchen. He built snowmen, castles, and pulled out his trucks to help with the heavy work. When Meatball was younger we had made a different version of homemade snow so it was a lot of fun to see the differences between the two. 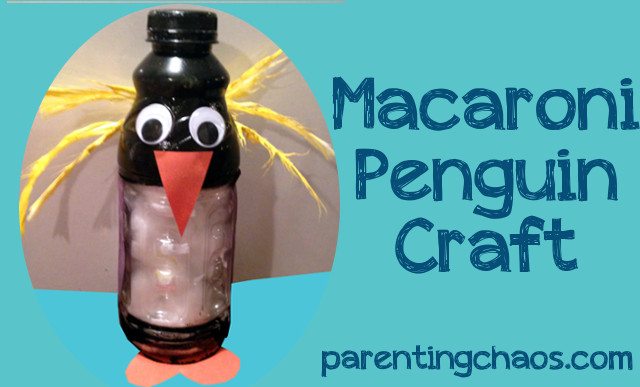 As we have been working on learning about Penguins and Polar Animals, Livia decided that she wanted to make “one of those silly feather penguins”. Knowing that she was talking about the Macaroni Penguin, we hopped online and browsed the penguin directory allowing her to discover the Macaroni Penguin on her own. She always gets super … Read more 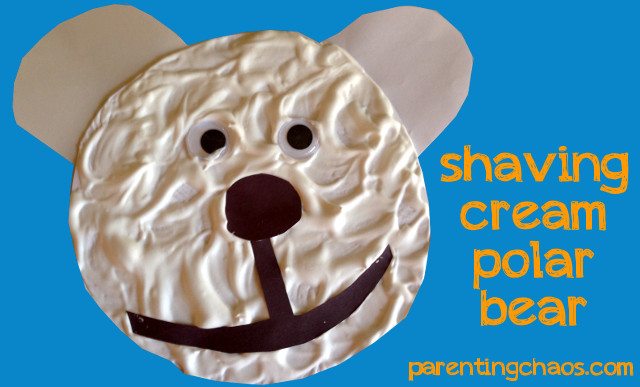 Earlier today I made a batch of Shaving Cream Puffy Paint just to be able to do this shaving cream polar bear craft. This week…or more like month…we are learning about polar animals. Ideally I would like things a tad more organized in how we go about topics, but I let Livia lead. Every month I … Read more 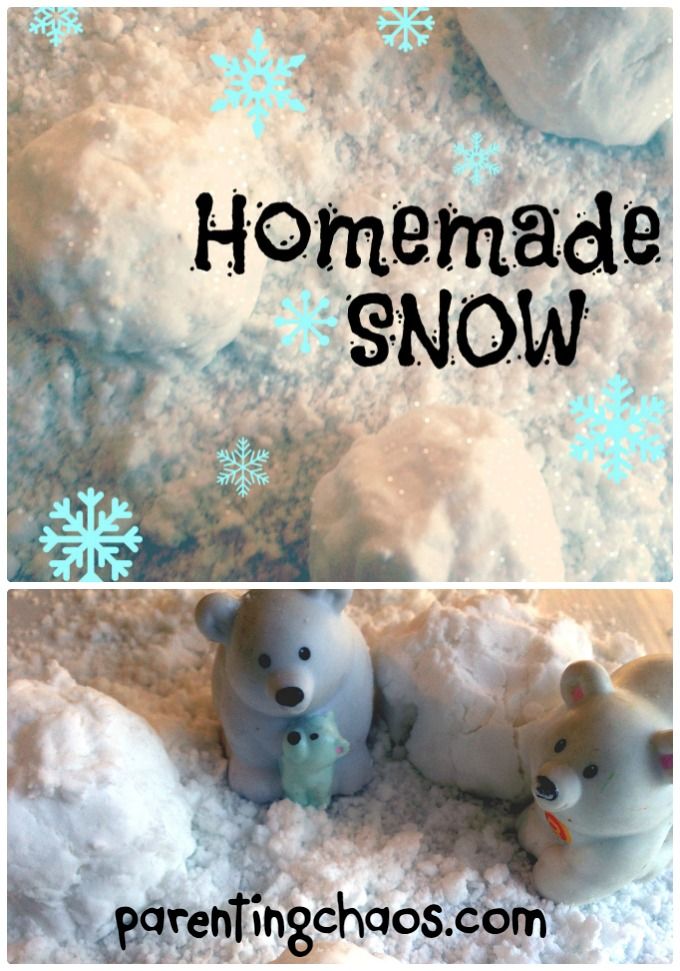 Needing a fun indoor winter activity? These books about snowmen and indoor fake snow (easy to make) are bound to keep your kid entertained all day! 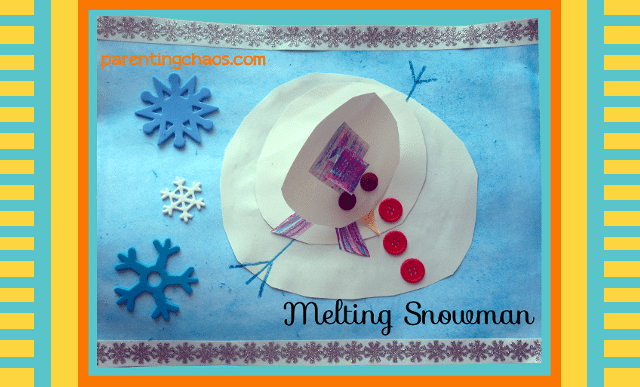 It isn't winter without a snowman! This Melting Snowman Craft is the perfect addition to The Snowman by Raymond Briggs.